We are creating a more connected Carrickfergus.

Positive Carrickfergus started life as a social movement on Facebook.

As Lee Robb scrolled through Facebook one evening in October 2017 she saw yet another negative Facebook conversation about Carrickfergus (Carrick for short) and decided things had to change. She created a Facebook group and called it positive carrickfergus – a place to tell a positive and hopeful story about her hometown. Then she sat back, slightly terrified at raising her head above the parapet, and wondered what would happen next.

She found out that lots of other people wanted to be part of that positive story and a movement was born. The residents of Carrick really wanted to share positive news and ideas about how the community could work together to make the town a great place to live.

Lee purposely didn’t advertise the group or actively seek followers. The group had to make sense to people if it was to survive and needed to grow organically. Thankfully it did just that! As of January 2021 the group has over 5,000 members and continues to grow at a steady pace.

By deliberately thinking about Carrick as a whole place, and everyone as part of the community, we want to break down boundaries between local businesses, community groups, the council and residents so that we can work together. In practice that means that part of our work is about raising the visibility of people who are beavering away making Carrick a better place. In response, people often tell us that there is so much more going on than they realised.

In real life Lee has spent a lot of time in the last few years building new relationships with people in Carrick and taking opportunities to make stuff happen. With a group of fourteen women who did not previously know each other, Lee held two Big Lunches in the Town Hall in the summer of 2018. Lee also helped to bring Big Telly’s Creative Shop project to Carrick in 2018 which became their most successful Creative Shop proving that when given the opportunity people in Carrick really want to engage. Big Telly have returned a number of times since and have fallen in love with Carrick.

In summer 2020 positive carrickfergus was awarded a National Lottery Community Fund grant from their Emerging Futures programme. As a result, they set up a community interest company. The funding supports the delivery of the Talk of the Town project exploring the future of Carrickfergus and the community’s role in it. This project allows positive carrickfergus to continue to build community, bring inspiring ideas into Carrickfergus from other communities who are playing a vital role in their own places. We also want to encourage people to dream big for Carrick and to share their dreams with us. We hope that this project will be the first step to creating a shared vision for our future and that people will be excited about helping to make that vision a reality.

We are working together to build community, promote community-led regeneration and increase civic participation so that Carrickfergus is a great place to live.

Lee is the founder of Positive Carrickfergus and is dedicated to doing her bit to make Carrick a great place to live after far too long not making a useful contribution. Lee has more than 20 years experience working in the voluntary and community sector and is optimistic that experience will be useful to her work in Carrick.

Lee has one daughter and one dog. She enjoys knitting socks, is energised by ideas that make the world better for everyone, dabbles in water colours, has started growing veg in her front garden and hugs a tree when life gets too much. 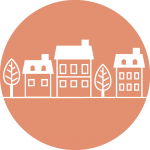 Vanissa was born in Hong Kong and began her studies at the Hong Kong Baptist University in 2004, started out as a piano major and studied piano with Chinese composer Mr. Cui Shiguang. After graduating from HKBU Vanissa turned her focus towards electroacoustic music composition during her stay at Ball State University, Indiana, majoring in voice and music composition. She studied voice with Ms Katusha Tsui-Fraser and Dr Mei Zhong, and was the winner of the regional (Indiana) audition of the National Association of Teachers of Singing in US in 2008. Vanissa returned to Hong Kong in 2010 and obtained her PhD in 2016 under the supervision of Prof Christopher Keyes.

Vanissa’s has performed and exhibited internationally as well as in our Talking Shop. She has arranged a number of gigs for us in Carrickfergus since November 2021 and has since joined our board as we deliver our exciting arts project with the support of lottery funding from the National Lottery Community Fund. 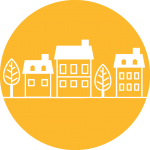 Robin is the owner of Robinson’s Shoes. Originally from McKeens Row on the Scotch Quarter, his family moved to Windmill Hill in 1964. He attended Model Primary and Carrickfergus Grammar Schools.

A keen sportsman in his younger days, he is a passionate Carrick man who relishes being part of a team which he feels can take the town of Carrickfergus to the heights that it has for so long failed to attain. 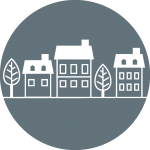 Lisa has lived in Carrickfergus pretty much all her life and It’s only been in the last few years that she has moved to Ballycarry. Lisa loves Carrickfergus. She thinks it’s a pretty special town; not just because of a Castle or the sea but mostly because of the people. Lisa opened a business in Carrickfergus just over 5 years ago, a yoga studio called The Yogaloft, and from day one she has been overwhelmed by the support and kindness that she has been shown by the people of Carrick.

She believes our town has a huge amount of potential which is just waiting to be unlocked. Furthermore, she believes that the people of Carrick will only unlock that potential when we come together to help create change. Lisa hopes that by supporting these kind of projects that she’ll be able to play a part in helping our town reach its potential. 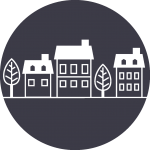 Anne Magill has worked in Carrickfergus for 14 years. She is passionate about promoting positive mental health and helping individuals and families recover from the impact of domestic abuse. She is excited about the groups already working together in Carrick and is looking forward to developing more networks. She enjoys reading, walking, family history and a really good joke!.

Chelsea has worked in Carrickfergus for nearly five years and is an active playing member of Carrickfergus Ladies rugby team. (Who she will shamelessly say is always looking for new members of any ages/abilities so come along!)

Chelsea is passionate about inclusion & equality. She wants to see Carrickfergus continue to celebrate its rich history whilst continuing to grow in the future with the potential she knows it has.

Karen Poag is a qualified & experienced fitness professional who works with individuals & groups to improve & enjoy fitness as well as building a sense of community.

Karen is one of the coaches with Carrickfergus Runners & Seapark AC & was part of the parkrun start up team in Carrickfergus. parkrun is an international community based event which works to encourage everyone to get involved with running or walking 5K every Saturday.