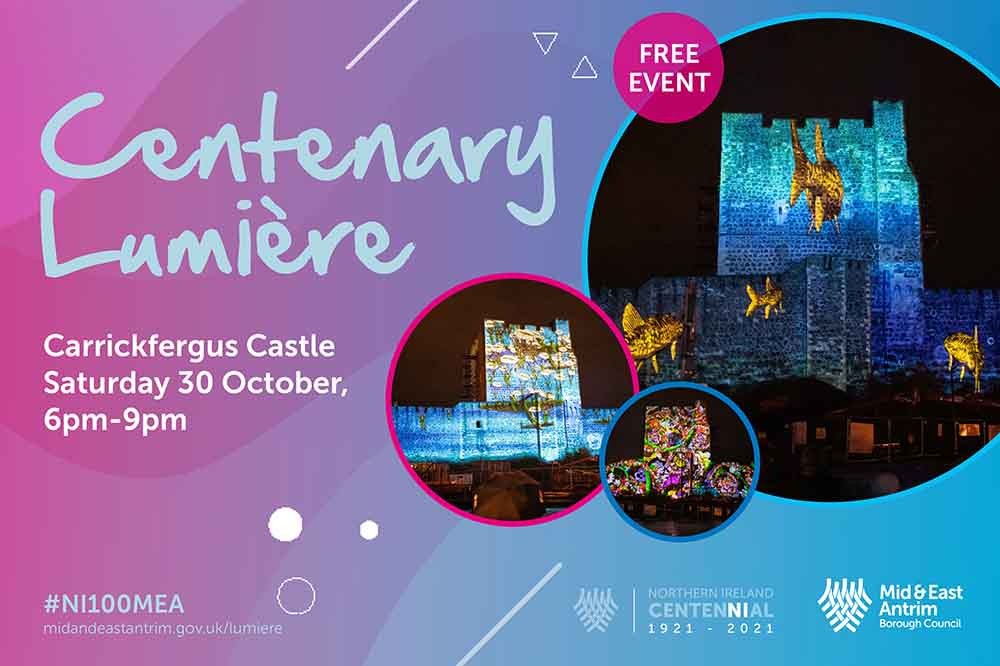 Join MEA Borough Council for a stunning sound and vision experience on the walls of the historic Carrickfergus Castle, featuring “100 years in Mid and East Antrim”, “Decades of Music” and “Waking the Dragon”!

The films will be displayed on the walls of the castle using a technique known as projection mapping, with three co-ordinated projections producing 90ft tall images.

The animated Waking the Dragon tells the story of a mighty dragon imprisoned beneath the castle’s ancient walls.

When the dragon escapes, three brave knights are called to action to battle the ferocious beast.

This fantasy history of Carrickfergus Castle was specially written by Kerry Rooney MBE from Kaleidoscope NI and was inspired by the Three Knights sculpture on Carrickfergus seafront. The film features hand drawn animations created by local artist, Ralph Connolly.

With the dragon once more imprisoned, the second part of the show explores some of the rich history of the Carrickfergus area, including its fishing and linen industries, the sail past of the Titanic, the area’s unique role in the first and second World Wars.