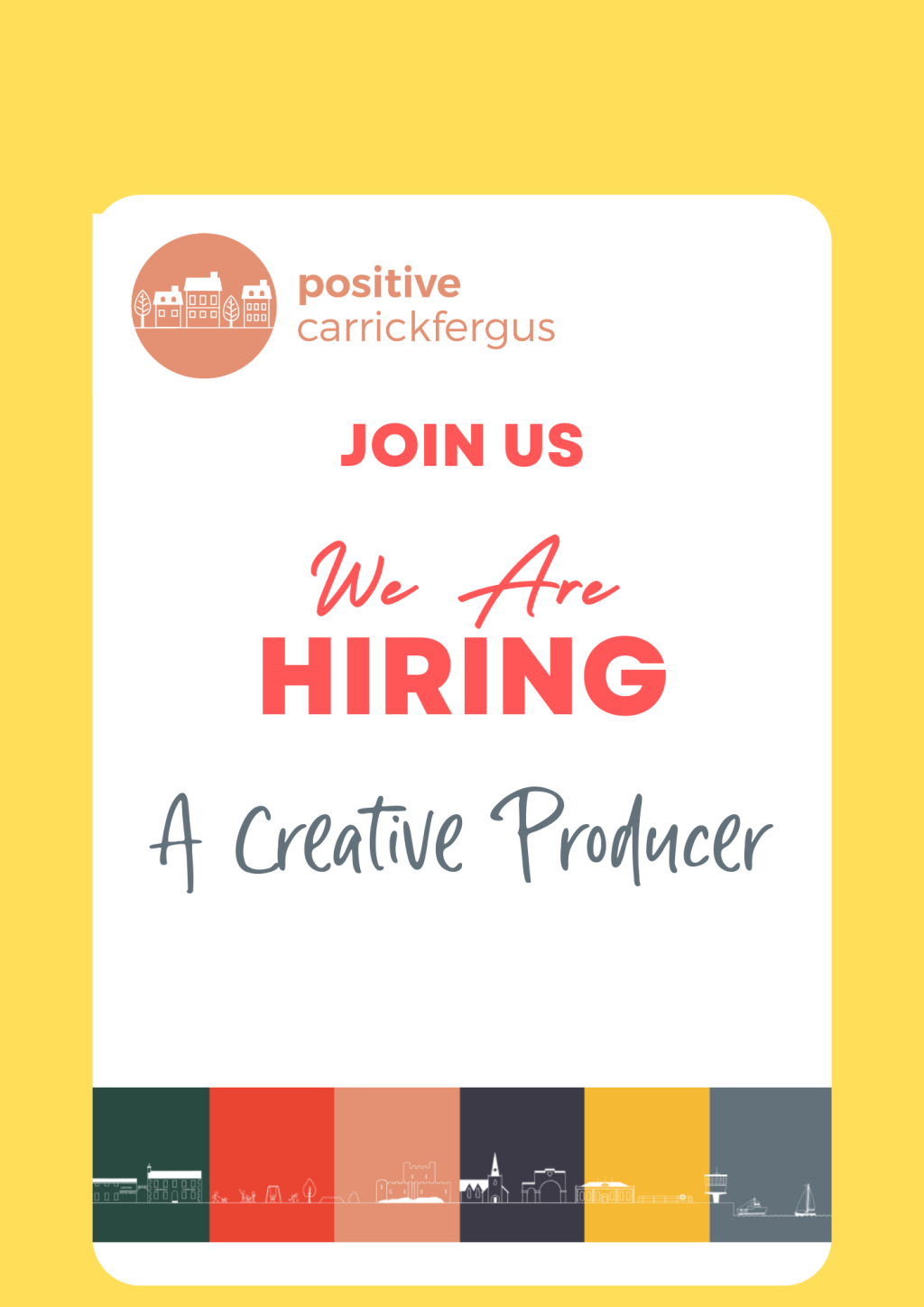 Are you our new Creative Producer?

The future is determined by those who get involved. Are you our new Creative Producer? Tuesday 20 September We have recently been awarded £155,850 over two years by the National…
Read more 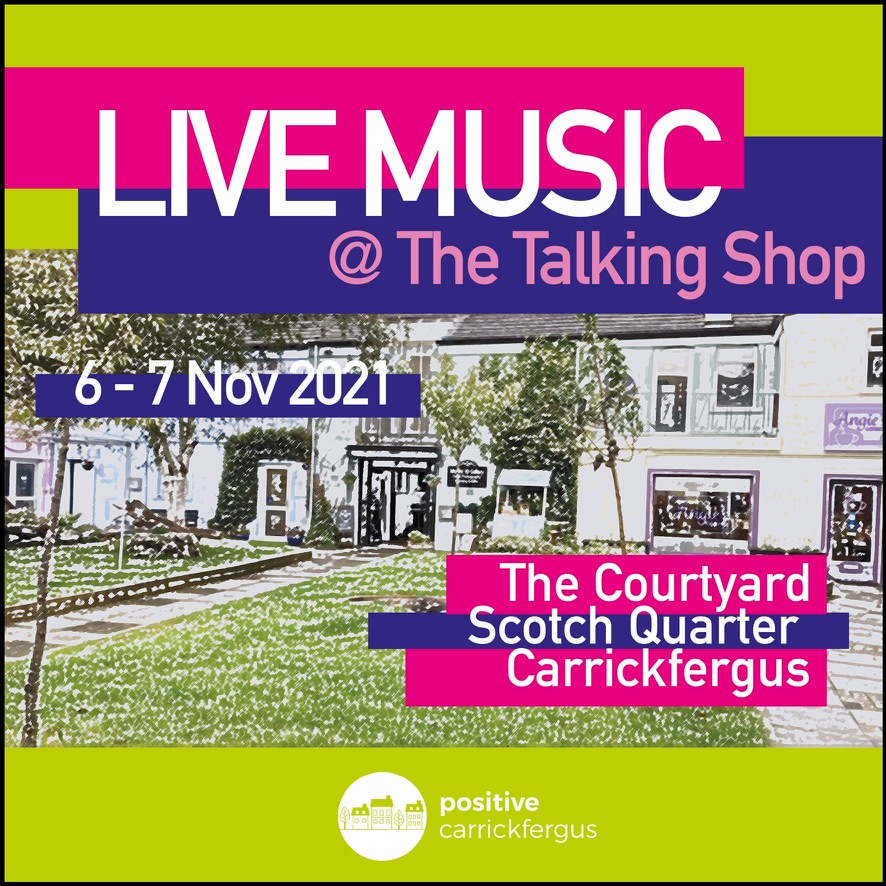 Why did you decide to relocate?
Vanissa: Two reasons. Firstly, if you have heard of what had happened to Hong Kong since 2019, people fled in disappointment from the drastic change of the society. Being an artist I believe I will need more room to be creative and be expressive, therefore I decided to leave. Secondly it is about space. Hong Kong is such a metropolitan with a very high living standard. It was good training in terms of effectiveness and efficiency, however, I hope practising in a less busy, less stressful environment would bring some freshness to my creative work. I think Carrcifkergus is the perfect place.
Have you guys been playing as a group in Hong Kong?
Vanissa: This is actually the first time that we play as a group. Mike and Chris have known each other for more than 20 years, and I met Mike a few years ago at a New Music festival in Hong Kong. I was classically trained as a pianist and singer; Mike and Chris were from a more improvisational Jazz and Rock culture. Although we came from very different backgrounds, we communicate very well in music. I think all of us do have an experimental soul in us and for that reason we would like to do an improv session as our debut at Carrick.
Biographies
Chris Chu
Chris Chu is originally from Hong Kong and have played drums professionally for more than 20 years. He studied with renowned drummer and educator Mr. John Tayler at Footes musical store in London back in 1993 for five years. After graduating university in Coventry, he moved back to Hong Kong where he taught drums for 18 years. He also joined the Hong Kong Academy for Performing Arts as accompanist for contemporary dance technique class from 2011. From there, he had the chance to collaborate with different pianists from the School of Dance faculty as well as visiting artists from all over the world.
Mike Yip
www.mikeyipmusic.com
Currently relocated to the United Kingdom, Mike Yip is a Hong Kong-born composer, improviser and experimentalist. His work is characterised by cross-cultural and experimental practices. In his performances, electric guitar, modular synthesizers and effect processors are used as the major medium of expression.
Yip studied jazz guitar with renowned guitarist Eugene Pao and completed his postgraduate dissertation in composition – The New Electric Guitarscape in Contemporary Music – under Professor Chan Hing Yan’s supervision.
In recent years his collaborations include Martin Speake, Christoph Grab, Sin:Ned, and Wuji Ensemble. He was a member of contemporary jazz group Mo-Men-T, electronic music group thisisthewaytheworldends, ensemble associate of the Hong Kong New Music Ensemble, lecturer in Hong Kong Design Institute, and teaching assistant in the University of Hong Kong.
Vanissa Law
www.vanissalaw.com
Trained as a composer, Vanissa writes music for acoustic instruments and ensembles. Her creative portfolio also consists of interactive performances, works for laptop orchestra, and sound installations, most of which have been performed at international conferences and festivals. Before relocating to Carrick Vanissa had been lecturing part-time in Hong Kong on new media art, music technology, music theory and composition for almost 10 years.
Vanissa began to play the piano when she was 5 and began her undergrad study as a piano major. However, she has not been performing publicly after she turned her focus towards composition when she started graduate school in 2007. Moved to Carrick 4 months ago she eventually had time to pick up piano again and prepared this short piano recital for the community here. 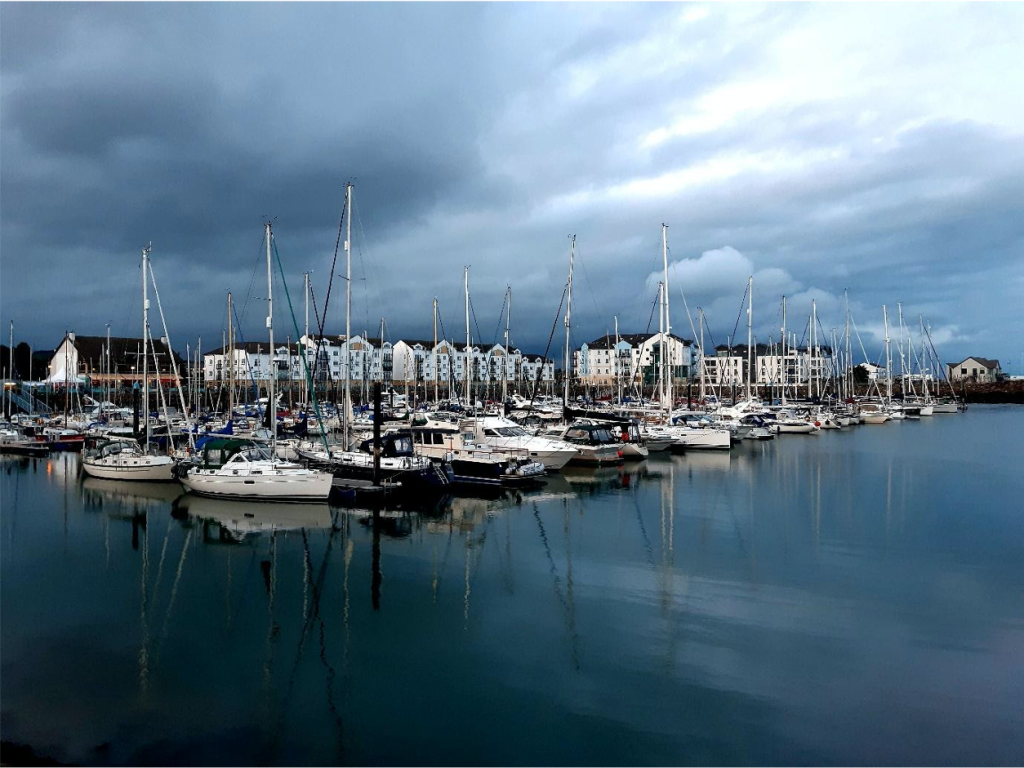 Tatjana shares her experience of bringing a friend to Carrick

I migrated to Northern Ireland from Australia with my husband in July 2019, arriving just eight months before the Covid-19 pandemic. 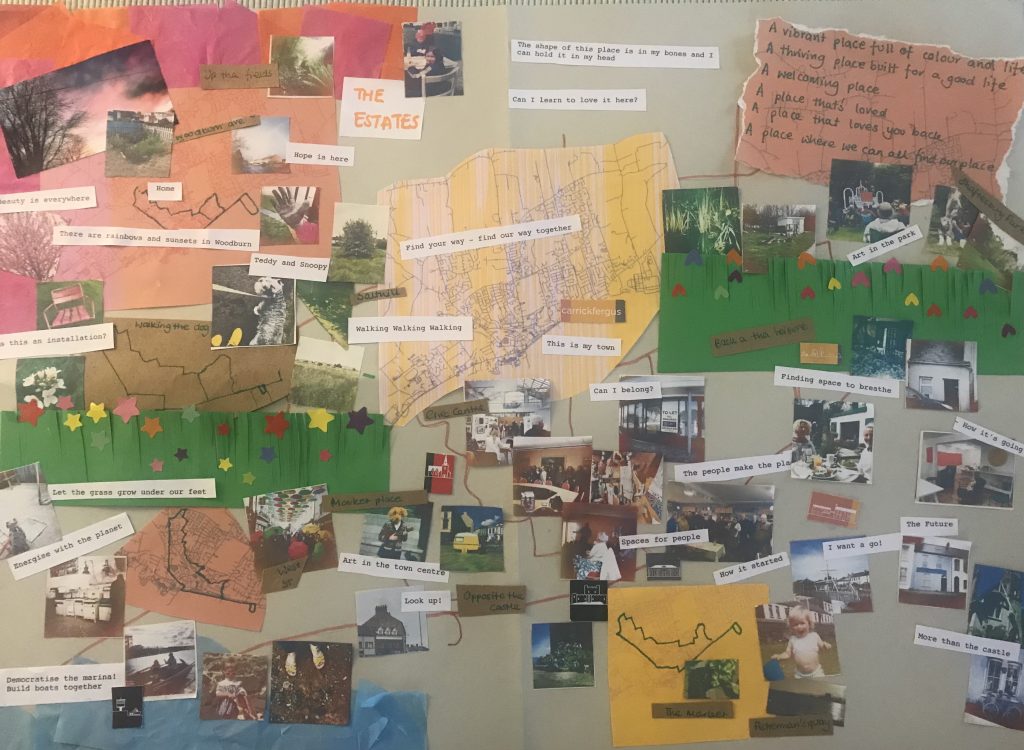 Courage and Creativity by Adrian Hack​

I’ve been following the “Positive Carrickfergus” Facebook group for quite a while. Any why not? It represents two things I’m passionate about: the importance of positivity in our lives, and my hometown. 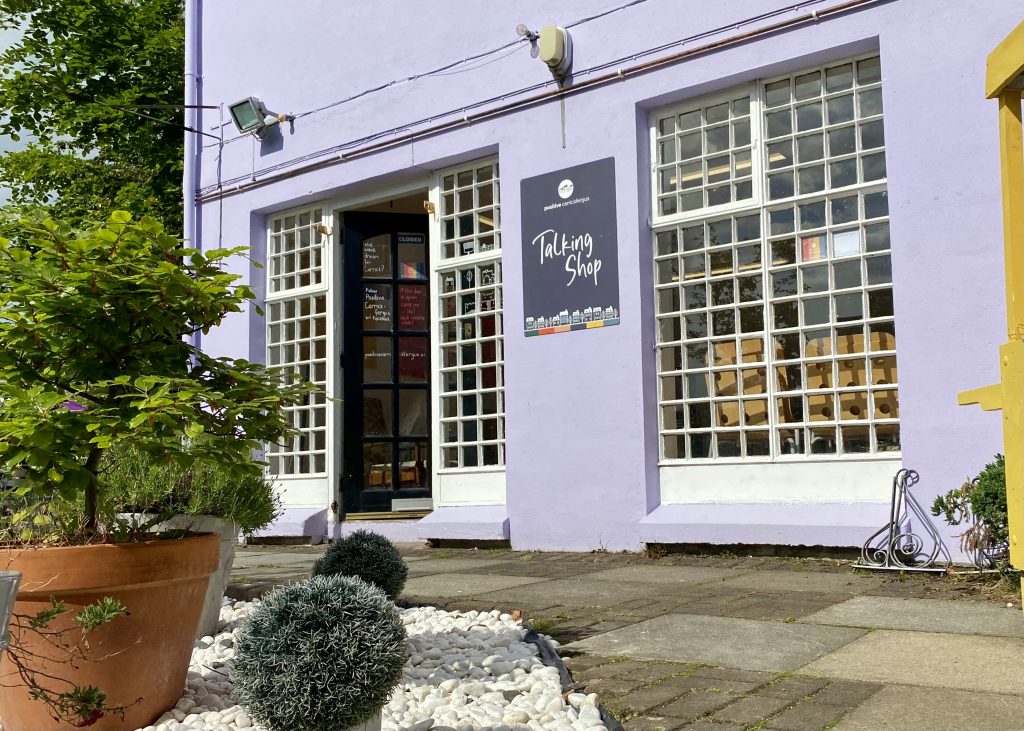 Our Talking Shop Is Open! C’mon In!

Our Talking Shop in The Courtyard, Carrickfergus is now open! Come and visit us! 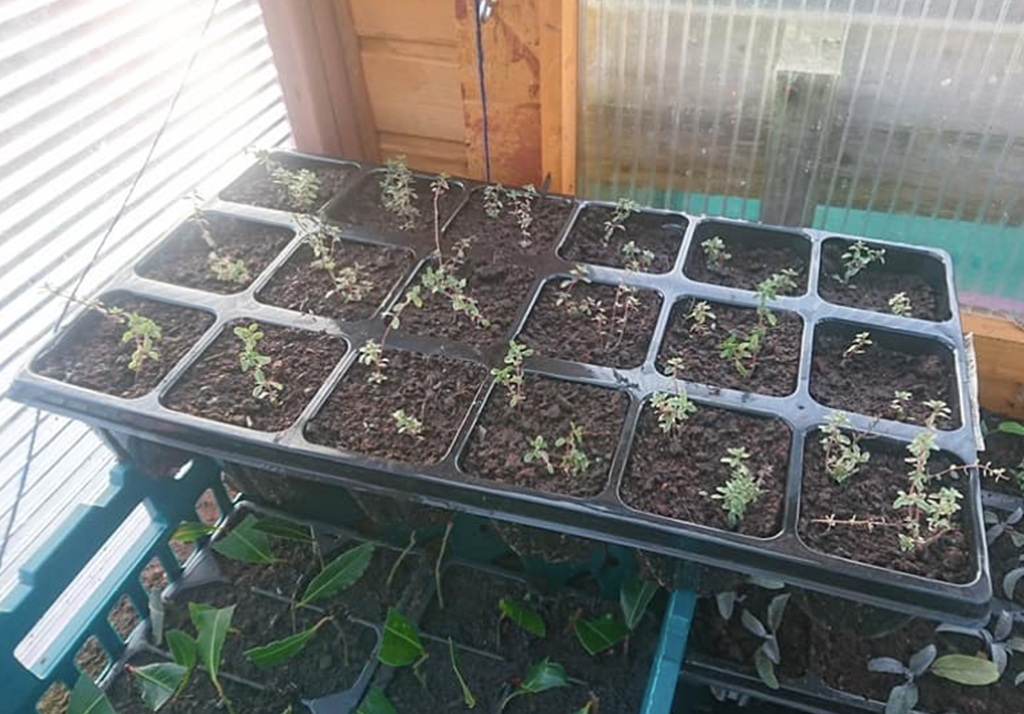 Jim McMurtry did two online talks for us earlier this year about his plans for a farm on the Marshallstown Road in Carrickfergus. There was a lot of interest in what he’s doing, and he wants the people of Carrick to get involved. 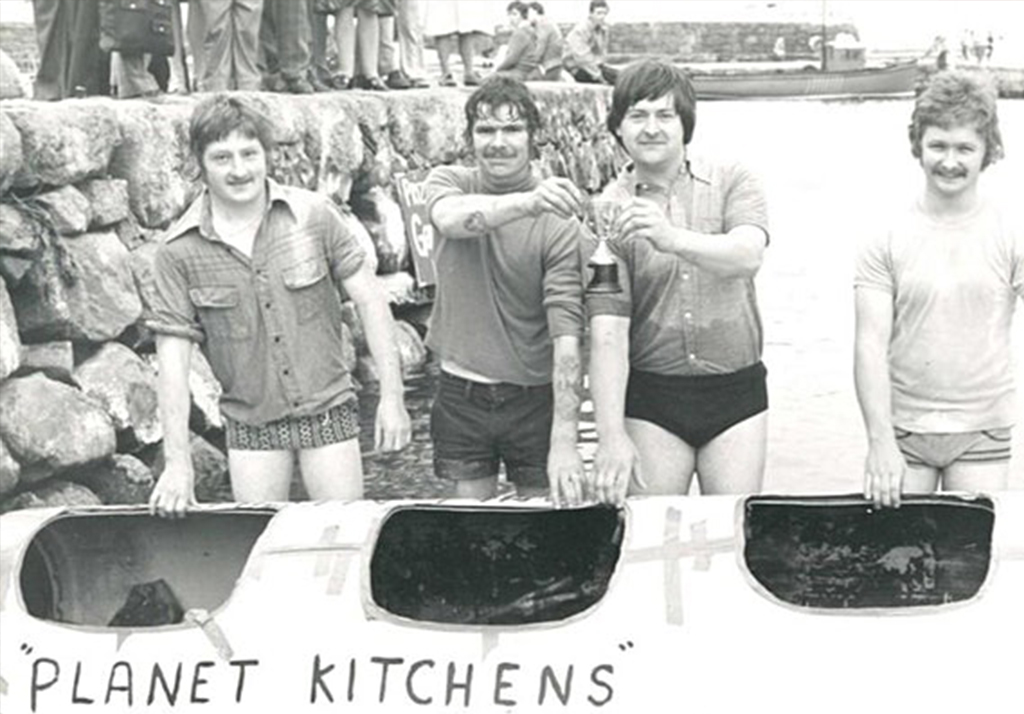 I have been volunteering and working for Carrickfergus Museum since 2014, and during my time working as Education Officer for the Townscape Heritage Initiative (THI), I was lucky to be involved in some of the initial discussions around the regeneration of the town through the Carrickfergus Regeneration Investment Programme (CRIP) and City Deal. 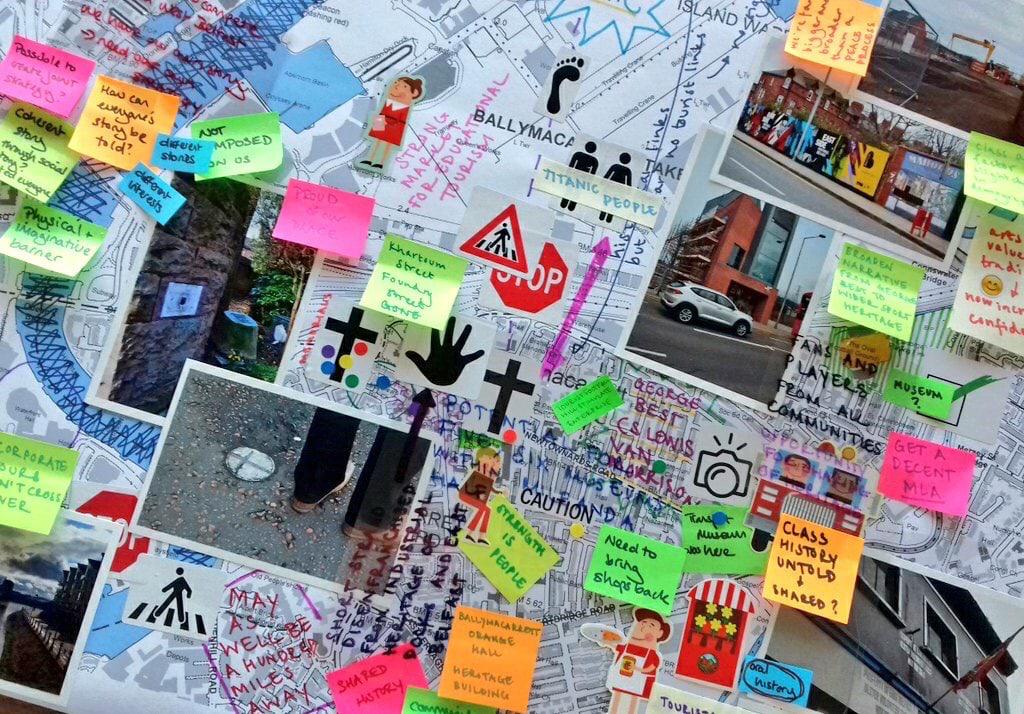 Make your personal map of Carrick

If there is one thing we’ve learned since setting up positive carrickfergus, it’s that us Carrick folk LOVE talking about Carrick! 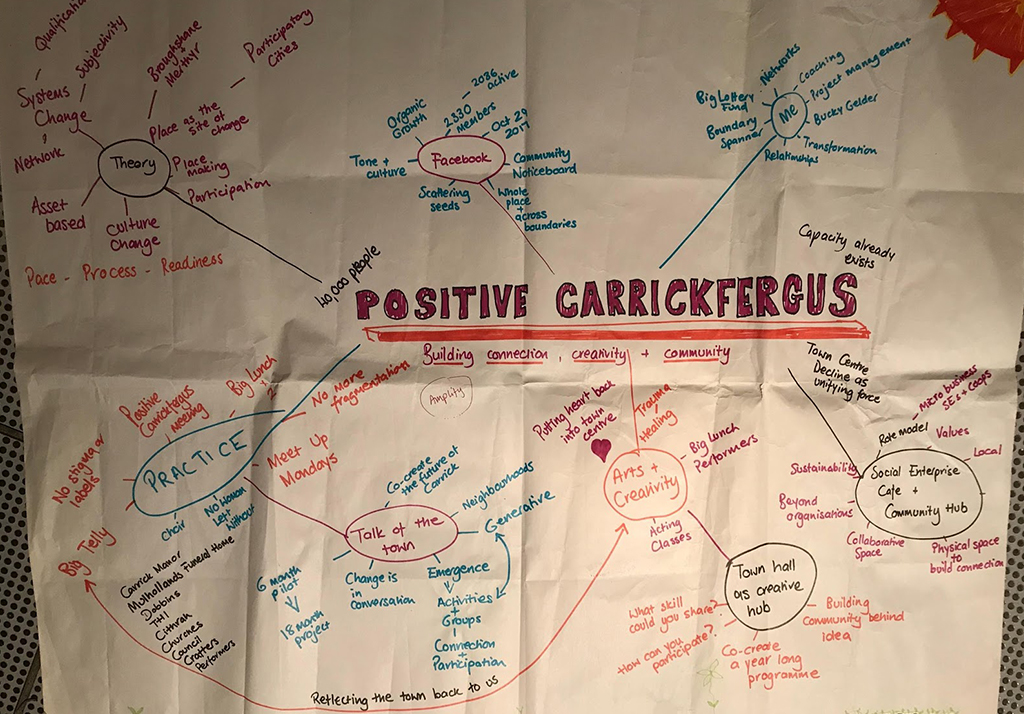 It’s 11 February 2021 and we’ve just finished building our new website with Ian McKenzie Creative and my final task (on this particular to do list) is to write our first blog post and welcome you to join this next stage in our journey.